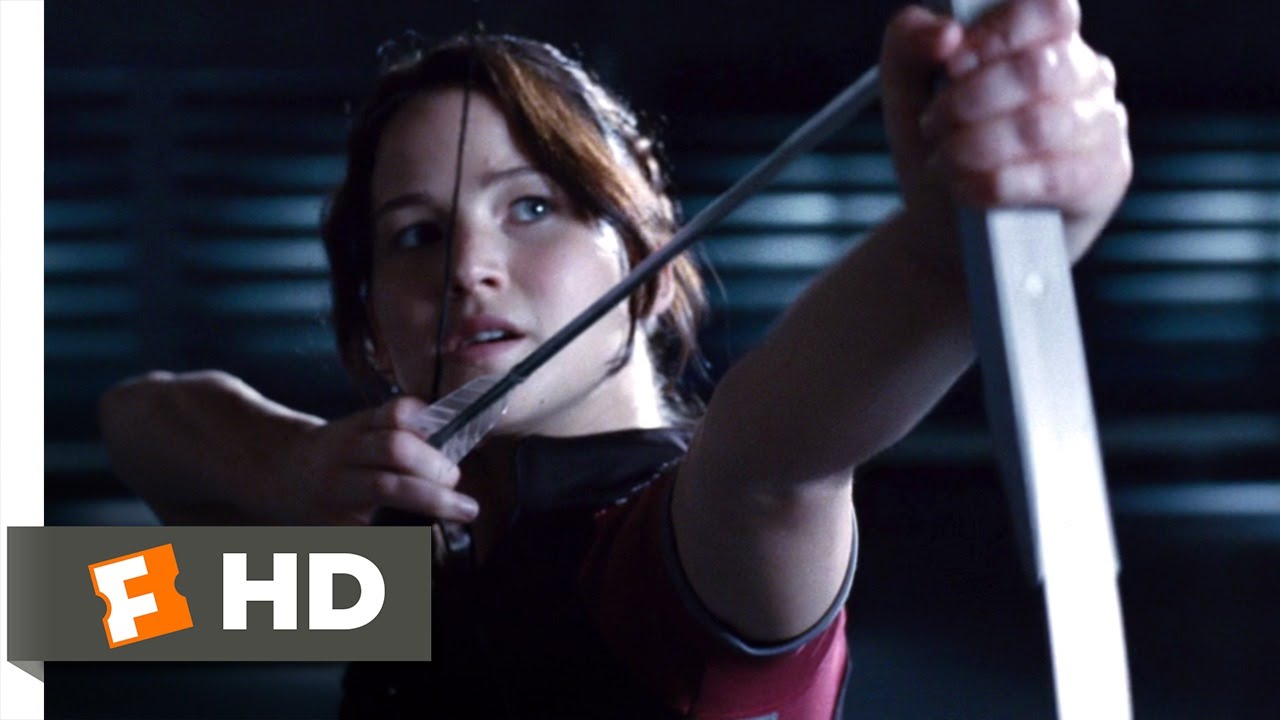 FILM DESCRIPTION:
Based on the best-selling young-adult novel by author Suzanne Collins, The Hunger Games tells the dark tale of a 16-year-old girl named Katniss Everdeen (Jennifer Lawrence), who is selected to compete in a vicious televised tournament in which 24 teenagers from a post-apocalyptic society fight to the death for the entertainment of the masses. In the future, North America is no more. In its place has risen Panem, a divided nation split into 12 districts. Every year, each district selects a teen of each gender (called “Tributes”) to test their worth in a competition known as the Hunger Games, which are broadcast across the nation as entertainment, and to reinforce the government’s total power. When her younger sister is selected as District 12’s latest “Tribute,” Katniss volunteers to take her place, and trains under hard-drinking former Hunger Games champion Haymitch Abernathy (Woody Harrelson) to sharpen her killer instincts. Now in order to survive the game and emerge the victor, this young combatant must put all of her skills to the ultimate test. Josh Hutcherson and Liam Hemsworth co-star.