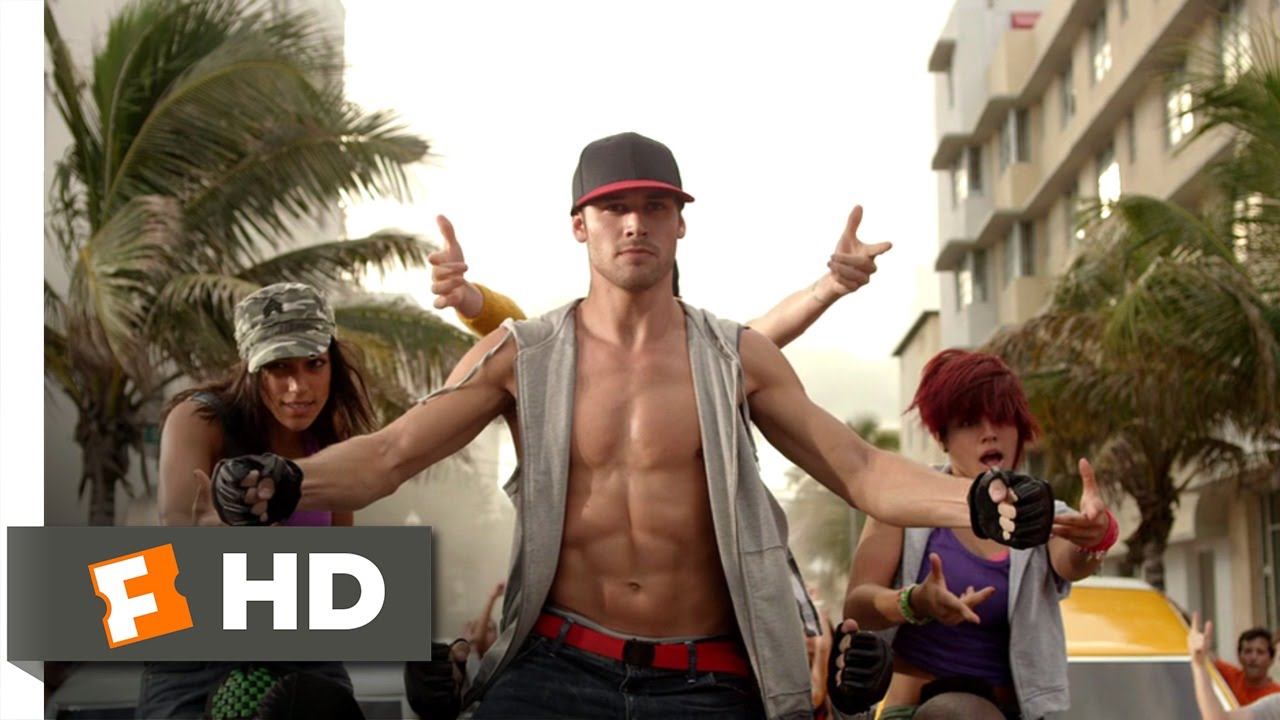 CLIP DESCRIPTION:
The Mob busts out a flash mob dance to some whack dubstep on the streets of Miami.

FILM DESCRIPTION:
An aspiring dancer in Miami befriends an innovative flash-mob dance crew, and helps them to stage a footloose protest in order to save their neighborhood from a greedy developer. Emily (Kathryn McCormick) has always dreamt of becoming a professional dancer. Shortly after moving to Miami, she meets up with Sean (Ryan Guzman) — the leader of a crew called The Mob that takes the art of dance straight to the streets. Meanwhile, as Emily falls for Sean, a powerful businessman begins plotting to demolish the crew’s historic neighborhood to make way for a highly profitable development. Now, with their homes at stake and nothing to lose, Sean, Emily, and The Mob prepare to stage a show that will save their families from getting thrown into the streets.