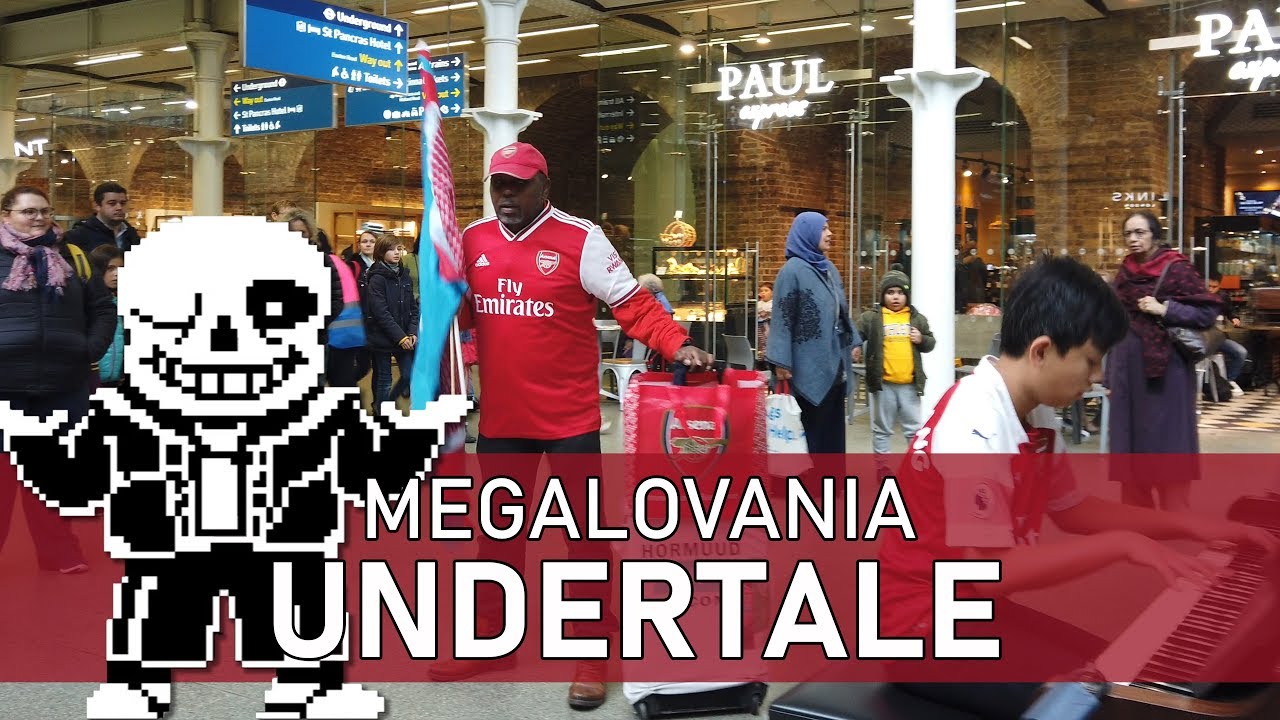 So here’s one that I have been asked to play by loads of people – it’s Megalovania piano cover played on a public piano in London St Pancras International Train Station. I’m guessing most people won’t know this? It’s from a game called Undertale and was really fun to learn and arrange.

It’s really really high tempo, super fast but super fun to do. It’s not many pieces that I get to do a double glissando at 1:20 !

It was also the first piece that I played when I went out to watch my beloved Arsenal! it also was the one where the dancing Arsenal dressed man came. Funny that we wore the same tops – but he’s an Arsenal fan (I assume) so he must be a good guy!

🎹These are all my own arrangements – created from listening to the songs, and watching music videos. My Sheet Music on MusicNotes:
🎹Learn to play piano covers with flowkey?: